Charlie Jolson (leader)
Jake Jolson (leader's nephew)
Harry (right-hand man)
Eyebrows (high ranked member)
Sparky (torturer)
Grievous
Big Walter
Reggie (friend of the gang)
The Bethnal Green Mob are a criminal organisation based mainly in the Southwark area of London. They also have interiors located in Kingscross and Mayfair. It was formed in the early 1970s by Charlie Jolson.

The Bethnal Green Mob were involved in the Gang War of 2002.

In The Getaway, the Bethnal Green Mob is one of the four gangs in London. It's the main gang in the game and it's led by the infamous Charlie Jolson. Mark Hammond used to work for Charlie, but then he went to work for the Collins gang, due to a bad relationship with Charlie's nephew, Jake Jolson. After being released from a five year prison sentence, Mark decided to drop the criminal life and start a family of his own. However, the Bethnal Green Mob intended to use Mark in their upcoming gang war, which was known as the Gang War of 2002. The Bethnal Green Mob were involved in the war and were responsible for causing it.

The Bethnal Green Mob started by kidnapping Mark Hammond's son, Alex. However, the confrontation went wrong and Mark's wife, Suzie, was killed in the struggle. Upon chasing the gang members to their warehouse, they captured Mark and then blackmailed him into doing jobs for them or else his son would be killed. Mark works for them unwillingly throughout most of the game.

There are quite a lot of members in the Bethnal Green Mob. There is Charlie's nephew, Jake Jolson, and Charlie's right hand man and best friend, Harry. Both of them help Charlie run the gang. Charlie also has some heavies: Eyebrows, Grievous, Sparky and Big Walter, who are all loyal to the Jolson's and the mob. Yasmin, one of Charlie's girls and a hitwoman who worked for Charlie was also originally affiliated to the gang but was later betrayed by Charlie. Charlie also had good relationships with other gangsters and bad people operating in London including: Ronnie and Reggie Kray, whom Charlie worked with prior to their deaths. Charlie was also friends with Reggie, a pub landlord at the Spotted Dog pub in Whitehall, where Charlie and his gang would regularly drink at. Charlie and his gang bought their weapons off Viktor Skobel, a Russian arms dealer who sold the mob an M79 grenade launcher, which would be used by Jake Jolson and Eyebrows during Jake's prison van breakout. Eyebrows knew of where the grenade launcher had been purchased from and referred to Viktor Skobel as "some Russian geezer", when he told Jake where they had bought the grenade launcher from. He also said they were hard to come by in London. Sparky also assisted Charlie when it came to weapons, and created a bomb for Charlie.

The Bethnal Green Mob is mainly located in Southwark, where they have a warehouse and a lock-up garage. They also have a depot in Kingscross, the mansion Charlie lives in at Mayfair, an old cargo ship, the Sol Vita, at St. Saviour's dock and a brothel in Marylebone, where members of the gang have sex with prostitutes. They are a nationalist gang and hate anyone that is not British, harbouring racist views towards all other ethnicities, as such, only white British (possibly only English) people can join They hate all the other gangs equally and want them all dead. They hate the police and especially hate Frank Carter, as him and Jake are great enemies. Their gang vehicles are: Rover 75 (Red), Range Rover with bull bar (Black) and Lexus LS 430 (White).

At the end of The Getaway, the Bethnal Green Mob is defeated. Charlie Jolson and Grievous are killed during the explosion on board the Sol Vita. Jake Jolson is killed by Frank Carter on board the Sol Vita, as is Harry, who is killed by Mark Hammond and Eyebrows, who is killed by Yasmin. Sparky is also killed by Mark Hammond at Charlie's depot just prior to the Sol Vita explosion. Big Walter is also killed or arrested depending on what Frank does during his confrontation with Walter at the UCL Hospital. The gang members who aren't killed by Mark and Frank are blown to shreds on the Sol Vita when it explodes in the finale of the game. Surviving members of the gang are arrested by either Frank or the police. But either way, the gang is defeated. 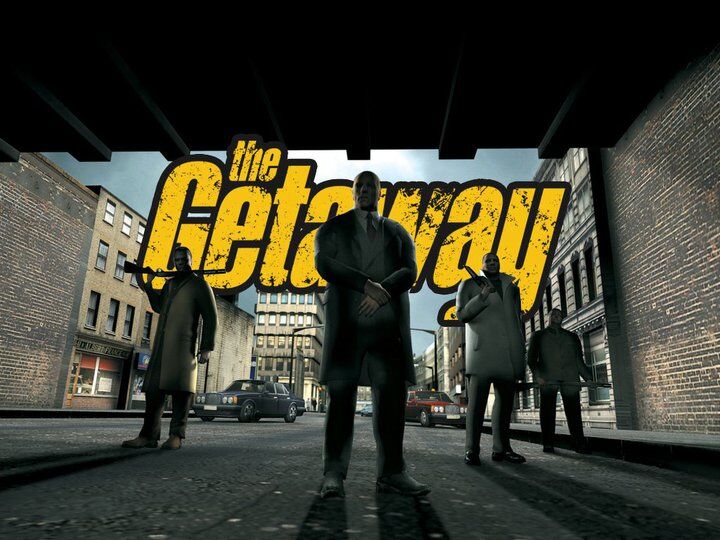