"I know where your kid is. I can even get to him. I know the layout, the security, all of it. I'll help you, Hammond, if you help me."
―Yasmin

Filthy Business is the seventh mission in The Getaway. It is given to protagonist Mark Hammond by Harry on behalf of Charlie Jolson.

Mark is furious with Jake for setting him up and vows to kill him. He then receives a phone call, assuming it's from Charlie, but it turns out to be Harry. Mark shouts at Harry down the phone in anger, but Harry tells Mark if he does this important job for Charlie, then he'll get Alex back. Mark is instructed to kill DCI Clive McCormack, a corrupt police officer and the head of the Flying Squad at Snow Hill Police Station. McCormack had worked with Charlie, but had betrayed him by making deals with the Yardies. He was also the cop who arrested Mark five years earlier. Mark also has to kill Yasmin, a female assassin who worked for Charlie and assisted in the kidnapping of Alex at the start of the game. She was arrested by McCormack and Charlie is worried she'll sell him out to the police and wants her dead. Mark is instructed to get into a phone van on the other side of London and put on a repair uniform provided by Charlie. Mark heads over there, fleeing from the police and other gang members as they attempt to stop him. Once Mark is in the phone van, he gets changed and receives a phone call from Liam who still can't find Alex.

Mark then gets another call from Harry again who tells him that the real van is along Oxford Street. Mark has to find it and ram it off the road before it gets to Snow Hill. Mark drives over to the street and rams the van repeatedly, knocking it off the road and stopping the real telephone repairman. Mark then has the option to kill the real repairman or not. After the real van is stopped, Mark carries on driving and arrives at Snow Hill. Once he arrives, he is escorted by police officer to where the faulty phones in the station are, which is why the police needed a telephone repairman to begin with. He then leaves Mark alone.

Harry told Mark that he could find a weapon in the evidence room upstairs. Mark searches around the station, heads upstairs and finds a Glock 17 Pistol in the evidence room. Once he has the gun, he encounters McCormack outside, who is chatting with another police officer called Smithers. Mark remains hidden in order to carry out the assassination. He follows McCormack at a distance and remains undetected. McCormack eventually heads downstairs and arrives at the interview room where Yasmin is being held. Mark then fires at McCormack and kills him along with any other police officers who attempt to stop him.

Once McCormack is killed, Mark rips off his uniform and changes back into his suit. He then spits on the dead body of McCormack and heads into the interview room. Yasmin is confused when she is confronted by Mark who attempts to kill her. She tells him her story and how she assisted in the kidnapping of Mark's son, which only makes it easier for Mark to kill her. Mark suddenly stops when she tells him that she knows where his kid is being kept. She agrees to help Mark if he will help her. Mark considers her offer and eventually agrees. Yasmin takes McCormack's gun and helps Mark escape the station. The police attempt to stop Mark and Yasmin as they shoot their way out of the station. The police even call in SO19 armed police officers equipped with MP5's and body armour in order to assist them. Mark and Yasmin steal a car outside and make a quick getaway to Charlie's depot, escaping the station alive.

Mark hides under an arch that leads out to the street. He looks round a corner.

He checks to make sure no one's around and then casually walks out to the street. As he walks away, his phone rings.

Harry: Not quite. It's Harry, Charlie wanted me to relay a message.

Mark: Fuck Charlie's message! That mental case, Jake almost got me killed, sent me into a war zone between the Yardies and the Triads! What's his game? There's fucking bodies all over the place.

Harry: Fucking Jake! Boost the motor and get out of there. Charlie's got something for you. He needs this one, son. He needs it bad. Do this one for you and he'll owe you. He'll definitely give your boy back.

Mark: He already owes me, he owes me blood. He killed my wife!

Harry: Yeah, shame about that, Markie, nice 'arris that one, but that can't be helped now, can it? The Bill ain't givin' you much sympathy neither. So here's the drill: you do this job, you get your boy back. You fuck it up, he ends up in the river. It's that simple. How do you want to play it?

Mark: Get to the point, Harry!

Harry: All right, son. You're hitting a cop shop. Charlie wants that louse of a bent copper, McCormack, stone cold.

Mark: You're 'aving a laugh, ain't you? How the hell am I supposed to manage that? McCormack, the head of the Flying Squad, bent? He's the one who nicked me for that five year stretch.

Harry: Shut it and listen! He's been Charlie's bitch for ten years. But he's a two- faced wanker. He's been working the other side, playing with the baboons. Now he's had Charlie's special girl, Yasmin brought in. Got to her before she could get to him. Charlie's worried she'll whistle. He wants them dead. Both of 'em!

Mark: So, how the fuck do I do that? Shall I just waltz into Snow Hill, waving my hands around?

Harry: Shut up and listen! Charlie's sorted it. He's got you a BT van and a uniform. They're expecting you - faulty phones. You're getting geared up to fix the dogs. Just get your arse over to Grosvenor Place and pick up the van if you want to see your boy.

Mark: So, how should I do him, eh? How do I get a gun into a police station? Or should I just strangle him with the phone cord?

Harry: Get to the evidence room. There's plenty of hardware lying around there. It's on the first floor. You're in deep now, son, very deep. You're going to have to play very rough if you ever want to get out and see the boy.

Mark shakes his head as Harry hangs up. He arrives at Grosvenor Place and is changing into the BT uniform when he gets a call from Liam.

Liam: Mark I'm getting no joy at the depot, mate. No one's been in or out of there all day. If Alex had been in there, I definitely would have seen something. I'm on my way to have a look at the lock-up right now.

Mark: I haven't a bloody clue, mate. If he's not... There's only one place left to try and I've got to go, mate, there's something I've gotta do right now.

They hang up. Liam walks off.

Mark drives after the real BT van and rams it off the road. He drives to Snow Hill, makes his way to the evidence room, and kills McCormack before he reaches the interrogation room to talk to Yasmin. Before he heads in, he walks up to McCormack's corpse and spits on it and kicks McCormack's gun away. In the interrogation room, Mark walks into another small room and sees Yasmin.

Yasmin: What happened to McCormack?

Mark: You know what happened.

Yasmin: Pull a hit in a police station? I don't know whether to admire your expertise or marvel at your stupidity. So, which is it?

Mark: Cut the small talk, babe. The game's over for you.

Yasmin: So, the old bugger sent you to clip me along with McCormack?

Mark: Nothing personal you understand.

Yasmin: So, what are you waiting for? You've probably got 30 seconds before they burst through that door. It would be a mistake to shoot me. You're not a hitter, I can tell that much. You're Hammond, aren't you?

Mark: And who the fuck are you?

Yasmin: I was there when Charlie's boys topped your wife. Supposed to be a simple case of nabbing the kid, but they killed her.

Mark: Thanks for making it easy for me.

Mark gets ready to shoot Yasmin.

Yasmin: I know where your kid is. I can even get to him. I know the layout, the security, all of it. I'll help you, Hammond, if you help me.

Mark: Why would I bother?

Yasmin: Because without me, you'll never get out of this place alive, not after killing the head of the Flying Squad. What are the odds? Exactly how much time do you reckon you've got?

Mark: Why should I trust you?

Yasmin: You haven't exactly got many friends left, have you?

Mark: And you have?

Yasmin: No, I haven't, but I never did. Look, I'm askin' your help, Hammond, but I'm not gonna beg. Now make your decision.

He pushes her outside where McCormack lies dead.

Mark: Get the gun.

She picks up McCormack's gun.

Yasmin: We'll make it out of here OK. You'll see your kid again.

Mark: What makes you so confident? Right now, our chances are about 100 to none.

Yasmin: Probably, but you're forgetting something, for you, this is just some crazy vendetta, but for me, this is my job. I kill people for a living, Mark. I'm good at this shit.

Mark and Yasmin shoot their way out of the police station and drive to Charlie's depot in King's Cross.

Successfully completing this mission unlocks the eighth mission in the game, A Touch of Class. 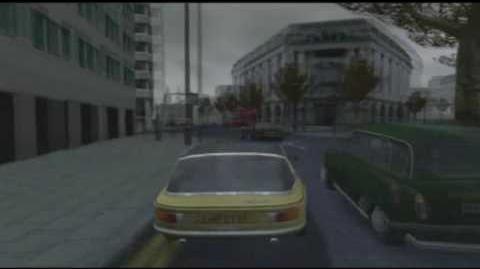 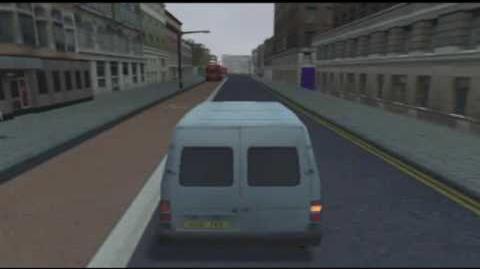 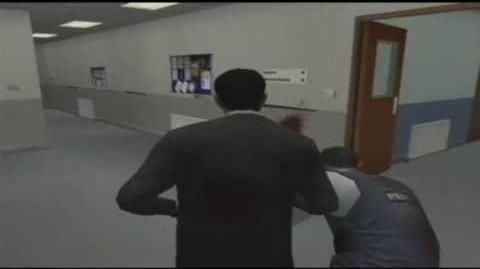