Edit
watch 01:36
We're Getting Mutants in the MCU - The Loop
Do you like this video?
Play Sound

"Go for the kid. I'll go for Jake and the detonator."
―Frank Carter

Showdown with Jake is the twenty-third mission in The Getaway. It is an independent mission for protagonist Frank Carter.

Frank watches Jake and the Bethnal Green Mob gangsters load guns into the back of a van from a distance. He then gets a phone call from Mark Hammond, who reports that Charlie has just taken off with Alex at the mansion. This is the same scene that happens in Mark Hammond's mission, Aboard the Sol Vita. Frank wants Mark to back him up but Mark isn't interested and only wants to rescue his son. Frank tells Mark they are taking Alex to the Sol Vita where Charlie is going to take care of all the other gangs. Jake is also heading to the boat with the detonator for the bomb. Mark tells Frank that him and Yasmin will meet him at the boat and are on their way. Frank instructs them to go for the kid and he'll go for Jake and the detonator. Frank ends the call as Jake and the other gangsters leave the depot in a van. Frank gets to his feet and kills two gangsters that were left behind. He heads outside the depot, gets into a car and chases after the van. The van however has vanished so Frank quickly races over to the Sol Vita at St Saviour's in order to stop Jake. Several members of the Yardies attempt to stop Frank on his way over. After evading the Yardies, Frank arrives at St Saviour's Dock and finds the Sol Vita. He sneaks on board and spots loads of members of the gang, as Charlie had ordered that they all head down to the boat. They are loading explosives onto the ship. Frank then engages in a shootout with the Bethnal Green Mob gangsters and shoots at the explosives which explode and kill members of the gang. After a shootout on deck, Frank kills the gangsters and heads inside the boat. As he approaches the door, he encounters Jake who is surprised and very angry to see Frank on board. He is however also slighlty pleased because they can finally settle their differences once and for all. Frank and Jake shoot at each other but Jake retreats inside and heads up to the top deck of the boat. Frank shoots his way through the Sol Vita and kills more members of the gang as they try and protect Jake. Frank eventually makes it to the top deck of the boat where he encounters Jake once again and the two of them shoot at each other. Jake is either killed here, but he can also retreat onto a moving platform which takes him down to the lower deck. Frank then makes his way back through the boat to the lower deck where he kills more members of the Bethnal Green Mob. He then chases after Jake and the two of them engage in a shootout at the far end of the boat face to face. Frank eventually kills Jake as there is no way of arresting him. He also finds that Jake doesn't have the detonator for the bomb on him.

At Charlie's depot, Frank is spying on Jake from behind a wooden crate.

Frank: Hammond. I'm at the depot. Jake is about to leave. He's got half the Bethnal Green mob with him. I need some back-up.

Mark: I don't give a shit. Charlie's just took off with Alex. You get the Flying Squad. I've gotta get my boy.

Frank: I'm off the Squad, Hammond. I'm suspended. My boss, the bastard you executed, he belonged to Charlie. Unless I get the Jolsons, I've got no way of clearing my name.

Mark: So what, copper? Don't tell me your troubles. Every cop, every villain in London wants me dead and I've gotta get my boy.

Frank: You agreed, Hammond. It's you and me now. We're going up against them.

Yasmin: You don't owe him anything, Mark.

Frank: Listen, Hammond. Jake must be heading for the meeting. Charlie intends to sort out all the loose ends.

Mark: Yeah, so where's he going?

Mark: Are you winding me up? What's he going there for?

Frank: Why do you think? They're taking your kid there. Charlie was going to deliver you to all the other gangs. He's out to finish it. Charlie's gonna blow the whole thing sky high, Hammond, so you better get there.

Mark: Shut it, copper. I'll keep my word. We're on our way all right?

Frank: Right, go for the kid. I'll got for Jake and the detonator.

Frank races to the Sol Vita, chasing after Jake. He shoots his way on board and kills Jake.

Successfully completing this mission unlocks the twenty-fourth and final mission in the game, Land of Hope and Glory. 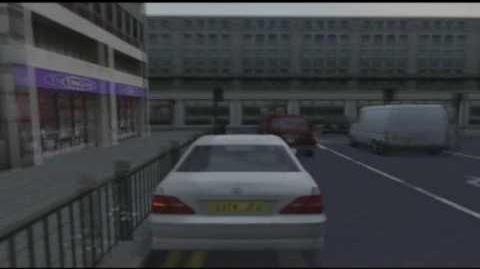 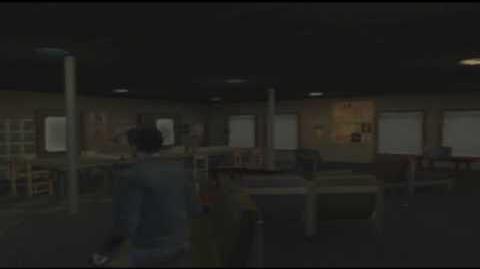