The Cowgirl and the Cash

"No. I'm going to do it. What's one more suicide mission?"
―Mark Hammond

The Cowgirl and the Cash is the ninth mission in The Getaway. It is given to protagonist Mark Hammond by Charlie Jolson.

Yasmin screams at Mark and tells him to come over to her. Mark enters the main room and realises thatLayla has accidently been shot dead by a stray bullet during the shootout with the Collins gang. Mark rages in anger and shoots at the ceiling. Yasmin tells him to calm down because she has an idea that will sort Charlie out. Layla is dressed in a cowgirl outfit and Yasmin tells Mark to help her undress Layla. Yasmin dresses up in Layla's cowgirl outfit, disguising herself as Layla. The two of them then walk outside and Mark gets a phone call from Charlie. Charlie wants to speak to Layla and Mark hands the phone over to Yasmin who pretends to be her. Charlie believes that Yasmin is Layla and asks her to put Mark back on. Charlie tells Mark that he has one final mission for him to do that will benefit them all. Mark swears at Charlie and says he's out of his mind if he thinks he'll do anything else for him. Charlie however reasons with Mark and explains the mission to him. He wants Mark to head over to Shoreditch and steal three hundred grands worth of Yardie drug money from Jamahl, at a Crackhouse on Rinvington Street. Mark refuses, but Charlie tells Mark that he'll need the money in order to buy his way out of town and start a new life elsewhere with Alex. Mark asks if Charlie will really return his son once this job is done. Charlie doesn't really answer the question and instead tells Mark to drop Layla (Yasmin) outside his mansion and then steal the money from the Crackhouse on Rivington Street. He then says they'll meet at the depot, Mark will get Alex back and they'll split the money 50-50. Charlie assures Mark that he'll get his dues and ends the phone call. He then smiles at Harry and repeats himself implying that they won't keep their word. Mark speaks with Yasmin and believes that Charlie won't keep his word. Yasmin tells him to forget it because once she is inside his mansion it will be over anyway. Mark however changes his mind and decides to do the job for himself instead of Charlie because he knows he'll need the money in order to leave town.

At the Touch of Class, Yasmin is kneeling over dead Layla.

Mark runs over to Yasmin.

He fires his gun into the air.

Yasmin: Mark, meet Layla. Layla, meet Mark. Poor bitch must have copped it in the crossfire. What the fuck are we gonna do now!

Mark: I don't know. I'm really up shit creek now. What's Charlie gonna do when I don't show with this slag? Fuck!

He fires two more shots at the wall.

Yasmin: Calm down. I've got an idea. Well, sort of. And it'll sort Charlie out, too.

Mark: Yeah? How d'you suppose we're gonna do that? That fat maggot loves this slag.

Yasmin: Just get her boots off.

Yasmin changes into the cowgirl costume. As they leave the Touch of Class, Mark's phone rings.

Mark: Charlie... What do you want? I don't give a flying fuck. I want my boy. Yeah, I got her. The cowgirl, right? You want to talk to her? Layla, Charlie wants a word.

He hands the phone to Yasmin, who tries to imitate Layla.

Charlie: You better be sorry. You're a naughty girl. You've caused me a lot of trouble.

Yasmin: Not half as much trouble as I'd like to cause you.

Charlie: Put our Markie on, darlin'.

She holds the phone away from her mouth.

Yasmin: Dirty old tosser. I knew he'd go for it. He wants you.

She hands the phone back to Mark.

Mark: What d'you want now, Charlie? Unless you're handing over Alex, I'm not interested.

Charlie: Just drop the girl at the gates, son. I'll see to her. You, my son, are doing so bleedin' well, I might just give you one last assignment. One more job and we're quits.

Mark: No way, Jolson! No fuckin' way! You want the girl, you hand over my boy now.

Charlie: Calm down. You're on the home straight. All you gotta do is pay Jamahl's jungle-bunny chemists a visit.

Mark: You must be out of your tiny fuckin' mind, Charlie, if you think I'm doing anything else for you.

Charlie: Think about it, Hammond. There's a lot of wedge lying around up there in Rivington Street. What are you gonna do when you get your boy? You're the most wanted man in London, probably England right now. You're going to need a little going-away present to buy your way out of town. Just do the job... and we'll split the cash at the depot. And you, my son, go and play Ronnie Biggs on the Costa.

After the phone call, Mark and Yasmin are standing by their car outside the Touch of Class.

Mark: He's trying to fuck me over. He wants me to do the Yardies for their crack money.

Yasmin: Forget him, Mark. Once I'm inside, it'll all be over.

Mark: No, I'm going to do it. What's one more suicide mission? I'm going to do it, but not for him. I'm gonna need the money so me and Alex can blow town... and I can pay you back. You're sure you can get in, yeah?

Yasmin: Don't worry. He'll be dead before you even get to Rivington Street.

Mark drives to Charlie's house to drop Yasmin off, and then drives to the Yardies' crack house in Rivington Street. He shoots his way inside to the top floor, and finds the money on a table.

Successfully completing this mission unlocks the tenth mission in the game, A Cat in a Bag. 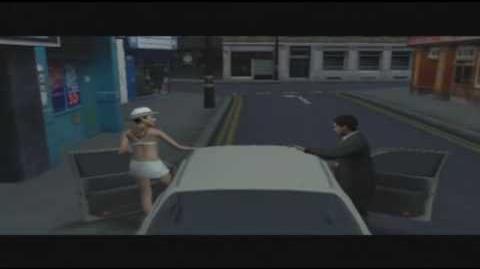 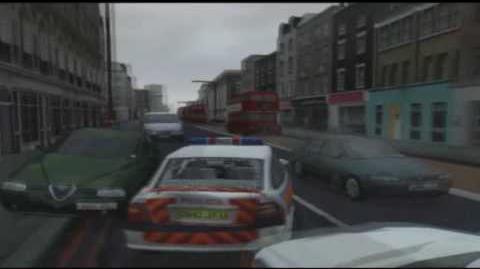